Create an Account - Increase your productivity, customize your experience, and engage in information you care about.

Chief Deputy Anthony Rhodes began his career with the Fayette County Sheriff’s Office in July 1993, as a Detention Officer. In 1995, he attended Basic Mandate and achieved certification as a Peace Officer. With his certification, Chief Deputy Rhodes became a Deputy Sheriff and was assigned to the Patrol Section of the Field Operations Division.

Over his 28-year career span, Chief Deputy Rhodes worked in multiple areas of the Sheriff’s Office. His accomplishments include serving as a member on the Fayette County Sheriff’s Office SWAT Team and working seven years in the Criminal Investigations Division as a School Resource Officer assigned to Sandy Creek High School where he was promoted to Sergeant.

After leaving his duty as a School Resource Officer, Chief Deputy Rhodes honed his skills as a Financial Fraud Investigator where he attained the rank of Lieutenant.  In 2013, Sheriff Babb appointed Chief Deputy Rhodes as Captain and Director of the Jail Division.

During his time as Director of the Jail, Chief Deputy Rhodes earned the rank of Major and ran the daily operations of the jail with a sense of fairmindedness and efficiency. Chief Deputy Rhodes holds a Bachelor of Arts degree in Criminal Justice from Georgia State University in Atlanta, Georgia. He is married to Dr. Portia Rhodes and has three children. 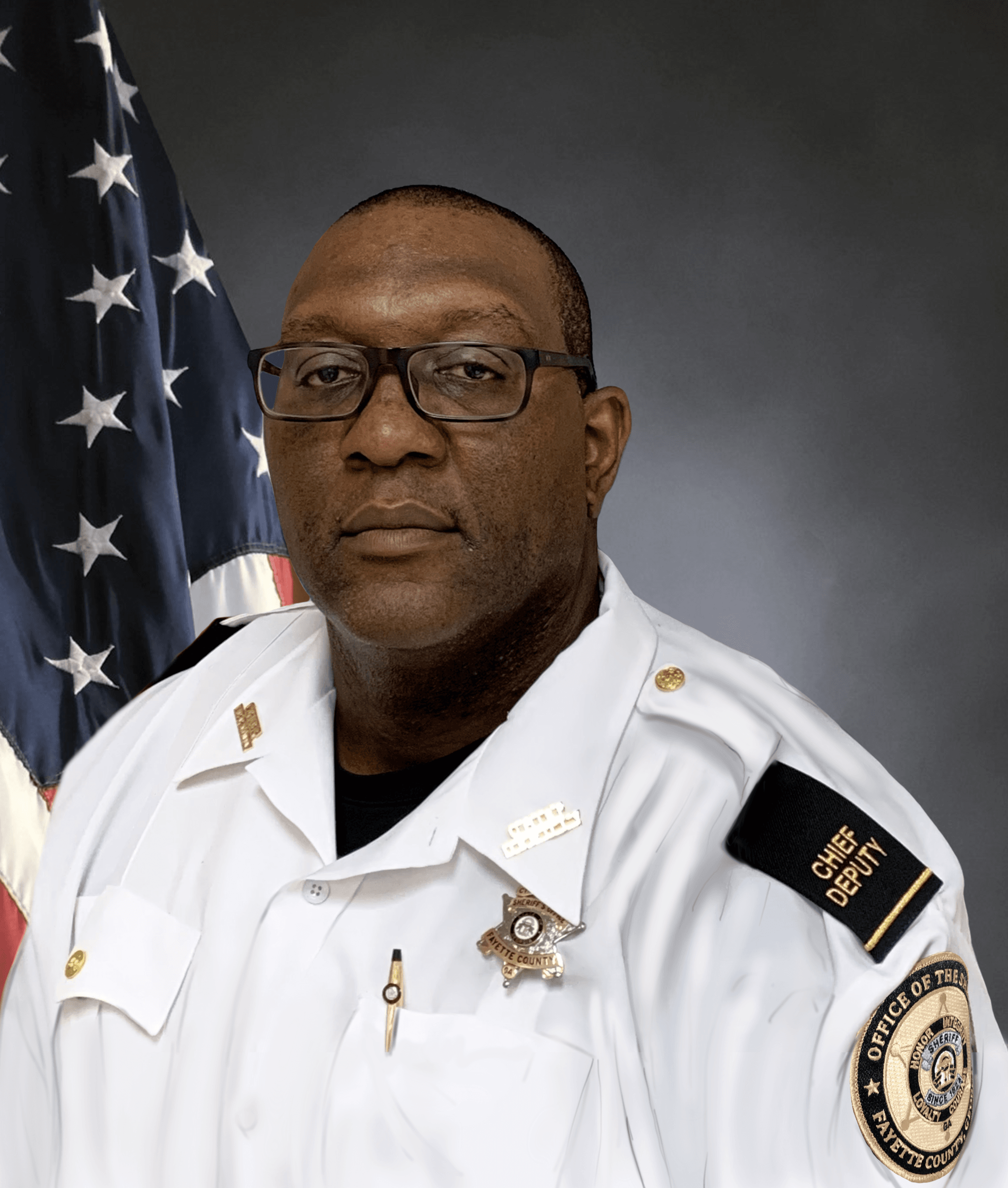